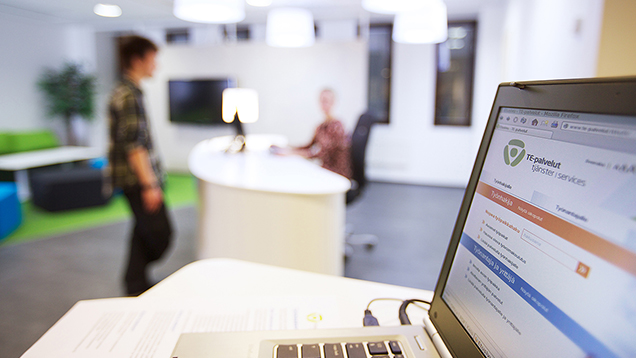 The tripartite working group appointed by the Ministry of Economic Affairs and Employment was unable to reach an agreement on a model for independent job seeking. Had it been implemented, the model would have affected jobseekers’ obligations to apply for jobs as a condition of receiving unem-ployment benefit, and would have increased equality between jobseekers.

In October 2018, the Government proposed that the preparation of a model for independent job seeking would continue on a tripartite basis.

The model prepared earlier by the Ministry of Economic Affairs and Employment, which served as the basis for the working group’s discussions, involved an obligation to apply for jobs independently in order to be eligible for unemployment benefit. The extent of the job-seeking obligation would depend on the labour market situation in the region, as well as the jobseeker’s potential occupational immunity period, ability to find and apply for employment, and working and functional capacity.  The effects on unemployment benefit of a potential failure to meet the obligation would be graded: initially the jobseeker would simply be reminded of their obligation, but if failure to meet their obligations continued, the consequences would escalate gradually.

In the model prepared by the Ministry of Economic Affairs and Employment, jobseekers would, as a rule, be free to choose which job opportunities they wanted to pursue during the review period. In this model, the consequences on unemployment benefit would be more reasonable than they are currently, but would affect a larger group of jobseekers. This way, the model would increase equality among jobseekers.

“A unanimous proposal would have been a good start for the next government. Regrettably, the working group was unable to come up with one. I think such a model would have served the interests of both jobseekers and the overall employment situation,” says Jari Lindström, Minister of Employment.

Even though the working group did not propose a model for independent job seeking, they felt it was important that factors specific to the jobseeker and the region’s labour market situation were taken into consideration when formulating conditionality.  The working group also felt it would be advisable to grade the effects on unemployment benefit such that initial effects would be milder than they currently are, and would only escalate if the jobseeker continued to disregard the obligations.

Decisions regarding the development of a sanction scheme in the unemployment security system were left to the government to be appointed after this spring’s parliamentary elections.