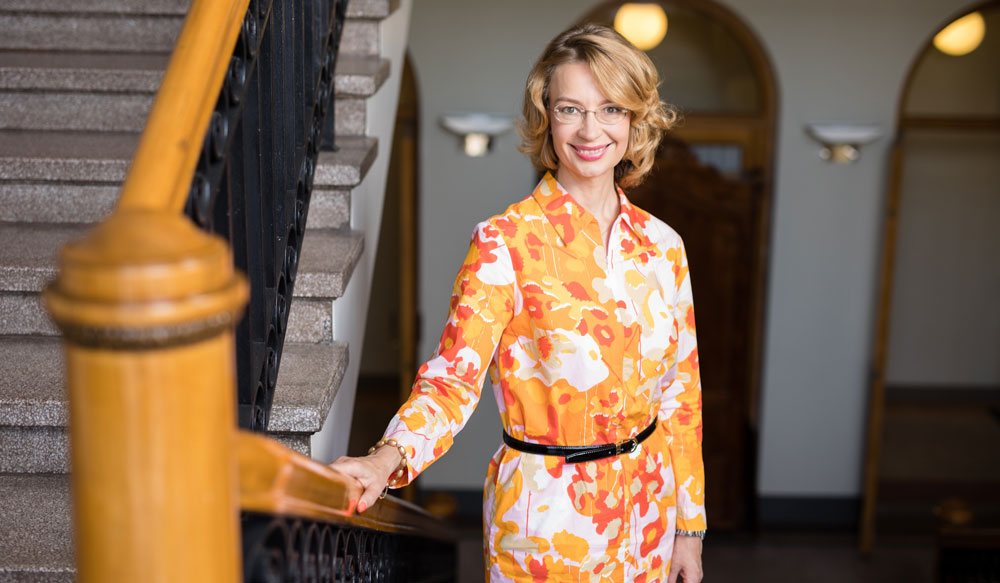 On Wednesday 8 April 2020, the Government issued a new resolution on ownership policy.

“The new resolution will guide state-owned companies for the duration of the government term – that is, until spring 2023. Adopting a resolution that can also withstand the current crisis is part of responsible ownership. This has been the aim of the Government in preparing this resolution. Our ownership policy principles are such that state-owned companies can comply with them in both challenging and normal operating conditions,” says Minister Tytti Tuppurainen, who is responsible for ownership steering.

As outlined in the Government Programme, the Government Resolution on ownership policy will continue to pursue a predictable, forward-looking ownership policy that safeguards the strategic interests of the state. State ownership will be assessed from the perspectives of overall benefit to the national economy, development of the operations and value of companies, and the efficient distribution of resources.

“The State’s corporate wealth is an important part of our common national wealth, which is why the State supports the growth and development of the companies it owns using the tools of a responsible owner. I would like to stress that in their decision-making, companies must take into account not only economic factors, but also the social, regional and environmental impacts of their activities.”

The new Government Resolution on ownership policy strongly emphasises the fight against climate change, the use of digitalisation and issues of corporate social responsibility. Moving forward, the State owner will require companies to examine the effects of climate change on their business and take these into account in their strategy work. State-owned companies must take into account the goal of achieving a carbon-neutral Finland by 2035 and the targets of the Paris Agreement on Climate Change. The goals need to be attained with due regard to corporate social responsibility in a manner that improves competitiveness.

“The State expects its companies – according to their specific circumstances – to aim to lead the way in the use of digitalisation and in the transition towards a carbon-neutral circular economy. Companies’ research, development and innovation activities will be examined more thoroughly and strategically. Identifying and utilising new kinds of potential in companies is critical at this time,” says Minister Tuppurainen.

Companies must demonstrate social responsibility and, to this end, must have a good, proactive personnel policy.

As part of responsible business, companies must identify the corporate social responsibility risks of associated with their activities and value chains, and must make these risks a part of their risk management system. Additionally, companies are expected to file country-by-country reports on their tax footprint in a way that permits a reliable assessment of their tax responsibility. Basically, taxes are to be paid to the country to which they are due based on the business carried out.

Remuneration must be fair

The percentage of State ownership in the company has an impact on how closely these guidelines are expected to be followed. For wholly state-owned companies, this statement is binding in its entirety. In practice, the statement on remuneration creates a general framework for state-owned companies. Each company is responsible for implementing its own company-specific policies and for the application of the framework. Executive and staff remuneration is a tool used by the board of directors for the purpose of achieving the company’s objectives and increasing its value.

“Executive remuneration must stand in relation to the size, mission and market position of the company and the general level of executive remuneration. That said, the State is not, and should not be, a salary manager. It is clear that state-owned companies must be able to hire executives and staff on competitive terms. Where appropriate, incentivising pay structures that reward good results or performance should also be used for employees,” Minister Tuppurainen comments.

The resolution does not propose any increases in the percentages of variable remuneration. When new executive contracts are signed, the level of remuneration is to be considered with due care and revised down if appropriate

“In the future, the State as an owner will require companies to take responsibility into account as part of the remuneration criteria for management,” Minister of Ownership Steering Tytti Tuppurainen emphasises.

The pandemic caused by the coronavirus has led to a major upheaval of the economic environment in a very short time. The toll on business is exceptionally high. The State as an owner is aware that the changes in the environment will affect companies’ performance and their ability to pay dividends. Due to these changes in the operating environment, the State owner is prepared to adjust its dividend expectations according to the changes in the situation of companies.

“Amid the changes in the environment, the situation of state-owned companies is being monitored more closely than usual, and our general COVID-19 guidelines have been brought to everyone’s attention. The state is a stable owner that intends to support its companies in implementing their strategy through the crisis,” says Tuppurainen.

The Minister of Ownership Steering has sent a message to state-owned companies on the guidelines in place during the COVID-19 epidemic. The message appeals to companies in three areas, although specifying that the operational responsibility lies with each company and its board of directors:

“First of all, I call on the companies to show restraint and responsibility, which are even further emphasised in this situation. Under the current exceptional circumstances, in which companies are forced to resort to unexpected intensification measures to deal with the crisis, it is wise to prioritise temporary lay-offs. Redundancies must be the absolute last resort and should be avoided to the extent that this is feasible and reasonable,” Minister Tuppurainen says.

“The second issue is the involvement of management in burden-sharing when companies make adjustments. I urge companies to show restraint and crisis awareness when deciding on remunerations. Thirdly, I would like to remind companies of the importance of adhering to the policies of the health authorities. In these times, looking after colleagues and other people in society must be emphasised as part of a responsible business culture,” Tuppurainen says.

The management and boards of state-owned companies have a great deal of business and economic expertise that should be utilised in the aftermath of the crisis.

“In addition to urgent crisis management, ownership steering is also preparing to help rebuild the Finnish economy. We are prepared to participate in the Government’s joint reconstruction group and to put forward proposals to strengthen shareholder value and promote Finland's recovery,” says Tuppurainen.

The new Government Resolution on Ownership Policy will be reviewed together with state-owned companies. The new ownership policy guidelines will be introduced and implemented on a company-by-company basis. Companies’ attainment of the objectives will be monitored and there will be active dialogue with each company.

“I intend to set up a parliamentary advisory board on ownership steering, which will consist of representatives from the parliamentary groups and will meet four times a year. I will act as its chair. In establishing the board, our aim is to strengthen dialogue across government and opposition boundaries and to create a shared, long-term situational picture of ownership issues. The need for this will be further emphasised as Finland moves towards life after COVID-19,” says Tuppurainen.

Decision-making by the State in its capacity as a shareholder is based on the State Shareholdings and Ownership Steering Act and the Limited Liability Companies Act. In addition, the Finnish Corporate Governance Code of the Securities Market Association and its recommendations on good governance serve as a basis for day-to-day ownership steering.