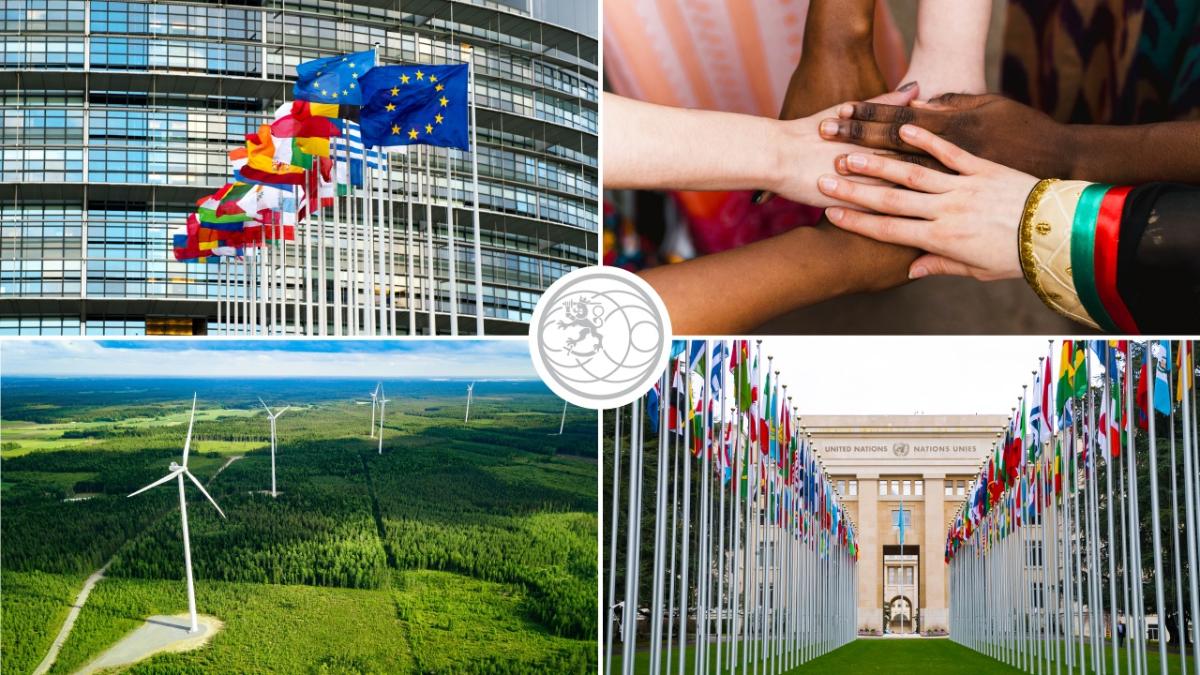 Today, on 29 October 2020, the Government adopted the Government Report on Finnish Foreign and Security Policy and submitted it to Parliament. The report, being drawn up once during each government term, assesses Finland's foreign and security policy operating environment and defines the goals and priorities for Finland's actions within the next few years.

Minister for Foreign Affairs Pekka Haavisto considers it important that the Finnish foreign and security policy strengthens Finland's security and prosperity in a situation where our operating environment is in an intense state of flux. “Global challenges, such as climate change and pandemics, require global responsibility sharing. Common solutions to global challenges can efficiently be sought only within the rules-based international system.”

“Our goal is a more stable, predictable and safer world. The universality of human rights, the equality of all population groups and human rights agreements are being increasingly challenged around the world. In this context, it is of great importance that the Finnish foreign policy is based on human rights, which means that the human rights impacts of all actions taken in foreign and security policy are assessed,” Minister Haavisto says.

An important objective is to take national action and to engage in international cooperation in order to prevent the emergence of armed conflicts and situations endangering Finland's security and societies' ability to act, and Finland ending up a party to a military conflict. We produce security and participate in international cooperation with an aim to secure peace and human rights and to promote societal development.

“The Finnish foreign and security policy is defined by continuity, predictability and long-term approach. This is visible, for example, in the fact that our priorities are largely the same as they were in the 2016 Report. At the same time, foreign policy is pursued under today’s conditions – the new priorities including, among other things, health security, climate change and digitalisation,” Foreign Minister Haavisto says.

Changes in the operating environment and Finland's goals

The report consists of two parts: The first part is about the operating environment, presenting Finland's view of the world situation in foreign and security policy. The present operating environment is especially affected by the change in the relations between the great powers. In various issues, the divisions in great power relations have deepened, which makes the activities within the rules-based international system more difficult. At the same time, no nation is capable of solving global challenges on its own. The coronavirus pandemic has made the need of cooperation particularly clear.

The second part of the report seeks answers to, for example, how we should react to changes in our operating environment.  Our goals include promoting foreign and security policy cooperation, strengthening multilateral cooperation, sharing global responsibilities and peacebuilding. Under these goals, we list a total of 18 priorities the implementation of which will enhance Finland’s security and well-being.

In Finland's activities, particular emphasis is laid on the development of foreign and security policy cooperation. We seek this goal by means of enhancing the European Union's capacity to act, deepening our cooperation with the Nordic Countries – Sweden in particular – developing NATO partnership, and maintaining bilateral relations and partnerships. Close national and international cooperation is important also with a view to maintaining societal crisis resilience.

We strive to strengthen multilateral cooperation. Finland underscores the importance of the rules-based international system, the respect for its obligations, and the universal and binding nature of human rights. One of the key elements is a more efficient UN system. We also support open and fair trade. Strong multilateral cooperation is also needed for fully seizing the opportunities of digitalisation. The same applies to the Arctic region and to preventing the growth of regional tensions in a situation where the geopolitical, environmental and economic importance of the area is increasing.

The increasingly varied and interdependent global challenges require stronger global responsibility sharing between governments. Finland responds to this need by underscoring the importance of human rights, the mitigation of climate change, global health security, the achievement of sustainable development goals and comprehensive understanding of migration issues.

Finland also aims to build peace. For this purpose, Finland will use its robust mediation competence. Sustainable peace is also being built through participation in crisis management. Stability and security are also generated by strengthening the agreement system on arms control and disarmament, and securing the functioning capacity of the treaty organisations.

The description of Finland's operating environment given in the Report will steer the policies of many other reports and strategies to come. The reports currently under preparation include the Defence Report, the Report on the EU Policy, the Report on Human Rights Policy and various others. “Of this process, we have often used the train metaphor. The Foreign and Security Policy Report is the engine of the train, being followed by the other carriages, in this case a range of other reports and strategies,” the Minister for Foreign Affairs describes.

The Report has been prepared in extensive collaboration between ministries, the Prime Minister's Office and the Office of the President of the Republic of Finland. The political steering of the process was conducted by the President of the Republic and the Ministerial Committee on Foreign and Security Policy. Parliament participated in the work through the parliamentary observation group separately appointed to monitor the preparation of the Foreign and Security Policy Report, and the Defence Report. The work has been coordinated by the Ministry for Foreign Affairs. Hearing experts and citizens has also been an important part of the process. In spring 2020, the Ministry for Foreign Affairs organised a series of panel discussions with four universities about central foreign and security policy themes.