Government, in cooperation with the President of the Republic, declares a state of emergency in Finland over coronavirus outbreak 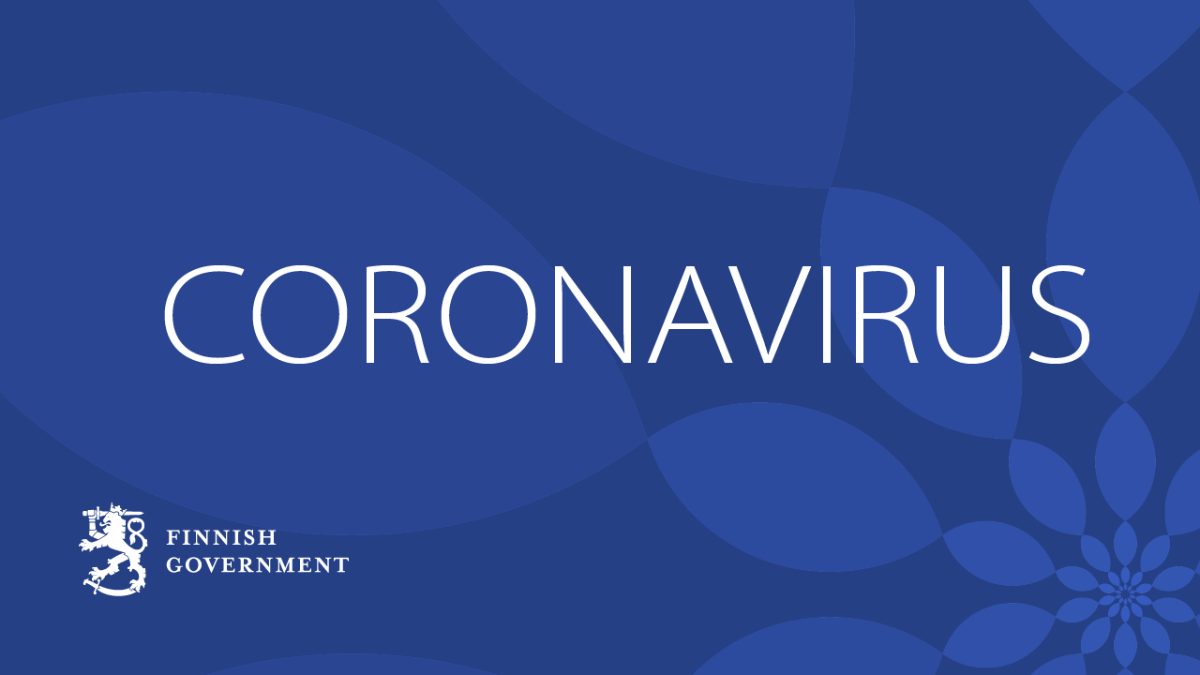 On 16 March 2020, the Government decided on additional measures to address the coronavirus outbreak in Finland. The aim of the measures is to protect the population and to safeguard the functioning of society and the economy. The measures will be in force until 13 April 2020. The Government has announced, in cooperation with the President of the Republic, that there is a state of emergency in the country as a result of the coronavirus outbreak.

The Government and the competent authorities will implement the decisions and recommendations in accordance with the Emergency Powers Act, the Communicable Diseases Act and other legislation. The competent authorities will issue further instructions in accordance with their responsibilities. The Government will submit a decree implementing the Emergency Powers Act to Parliament on Tuesday 17 March 2020.

Measures decided by the Government

The premises of schools, educational institutions, universities and universities of applied sciences as well as civic education and other liberal education institutes will be closed down, and contact teaching will be suspended. As an exception, however, pre-primary education organised in schools and contact teaching for grades 1–3 will continue for the children of parents working in sectors critical to the functioning of society. A further exception is that contact teaching will continue to be arranged for pupils who require it according to a decision on special-needs support; however, parents and guardians who are able to arrange childcare at home are still requested to do so. The above-mentioned arrangements will enter into force on Wednesday 18 March 2020.

Instead of contact teaching, the teaching and guidance provided by all universities, universities of applied sciences and vocational education institutes, general upper secondary education and basic education providers will be organised to the widest extent possible in alternative ways, including distance learning, various digital learning environments and solutions and, where necessary, self-learning.

The matriculation examinations will be carried out by 23 March 2020 according to the condensed schedule published on 13 March 2020, taking into account the instructions issued by the health authorities.

Public gatherings are limited to no more than ten persons, and it is recommend to avoid spending unnecessary time in public places.

All national and municipal museums, theatres, the National Opera, cultural venues, libraries, mobile libraries, services for customers and researchers at the National Archives, hobby and leisure centres, swimming pools and other sports facilities, youth centres, clubs, organisations’ meeting rooms, day care services for the elderly, rehabilitative work facilities and workshops will be closed. Private and third-sector operators and religious communities are advised to do the same.

Visits to housing services for the elderly and other at-risk groups will be prohibited.

Visitors will be banned from care institutions, health care units and hospitals, with the exception of asymptomatic family members of children and critically ill individuals, family members of those in hospice care and spouses or support persons in the maternity ward, who will be permitted to visit on a case-by-case basis.

As a general guideline, persons over 70 years of age must refrain from contact with other persons to the extent possible (quarantine-like conditions), with the exception of members of parliament, the state leadership and elected officials in local government.

The capacity for coronavirus testing will be increased. The National Institute for Health and Welfare will provide support in this respect.

In the case of critical personnel, exceptions will be made to the provisions of the Working Hours Act and the Annual Holidays Act in both the private and public sector.

Arrangements will be made to oblige trained professionals in healthcare and social welfare and internal security, in particular, to perform work as necessary.

The movement of people may be restricted in order to prevent a serious danger to life and health.

For the sake of public health and health security, preparations will be launched for the closure of Finland’s borders without delay in accordance with international obligations. Passenger transport to Finland will be suspended as soon as possible, with the exception of the return of Finnish citizens and persons residing in Finland. Finnish citizens and persons residing in Finland must not travel abroad. Finnish tourists abroad are advised to return to Finland immediately. Necessary travel for work and to access other necessary services will be permitted across the northern and western borders. Freight and goods traffic will continue as usual.

Finns and permanent residents in Finland returning from abroad will be placed in quarantine-like conditions for two weeks.

Persons returning from abroad must agree on the date of their return to work after a two-week period of absence together with their employer.

The Defence Forces will ensure the continuity of their operations and their preparedness in all circumstances. The other authorities will be prepared to provide support as necessary.

The Emergency Powers Act defines various emergency conditions, including an attack on Finland, a particularly serious major accident or a widespread infectious disease, such as the coronavirus pandemic. The purpose of the Emergency Powers Act is to secure the livelihood of the population and the national economy, to maintain legal order and fundamental and human rights, and to safeguard the territorial integrity and independence of Finland in emergency conditions.