Draft budget proposal released
The courage to invest, employment opportunities, and the confidence to start a family 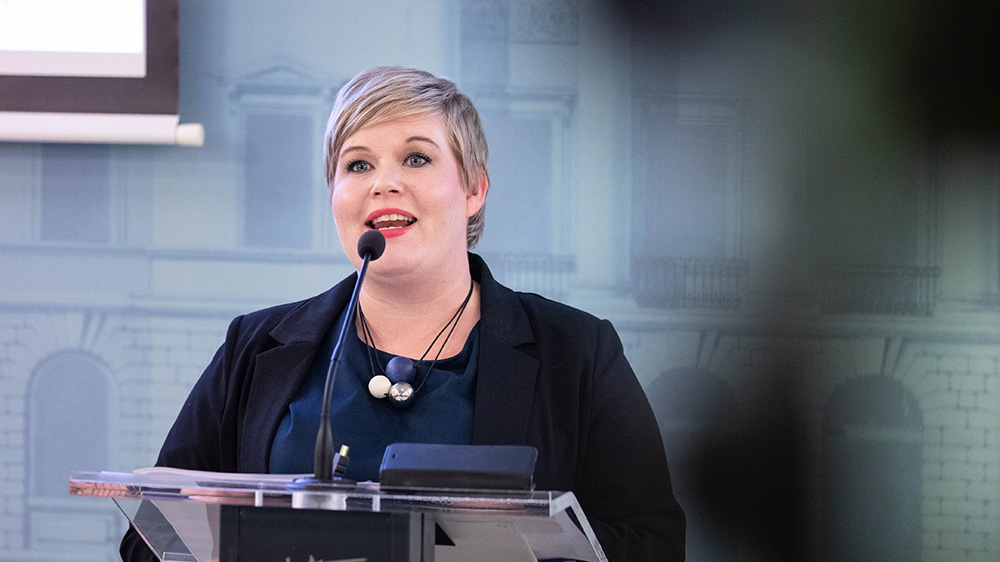 The total proposal is EUR 63.2 billion with a deficit of EUR 6.7 billion. Borrowing will decrease by EUR 7.6 billion from the sum budgeted for 2021.

Tax revenues are projected to rise from the estimate used for the General Government Fiscal Plan in the spring.

The proposal will be published in full on the Ministry of Finance website on Friday 13 August.

The latest data indicate a strong upturn in the economy. Household confidence has risen to record levels. Finland’s export market is growing rapidly, with a promising autumn in view for business. Demand will recover, employment will grow, and the chasm created by the pandemic will close rapidly.

A temporary growth spurt is under way, with a threat of growth then slowing to between 1 and 1.5 per cent. The growth spurt will not resolve the structural challenges of the Finnish economy, which are due to an ageing population and a poor long-term growth outlook. The latest birth rate figures give cause for optimism, whereas a shortage of specialists is re-emerging as a limiting factor for employment and economic growth.

The general government deficit will fall as the economy grows and COVID-19 support measures eventually end. Economic growth will ease upward pressure on the government debt ratio, supporting the goal of reversing debt ratio growth in the middle of the decade. The debt-to-GDP ratio remains in danger of rising again in the longer term.

Swift investigation to ensure the availability of skilled labour

Fast-acting measures are also needed to improve matching of jobseekers to vacant positions.

Minister of Finance Annika Saarikko today mandated Permanent Secretary Juha Majanen to carry out a study of new targeted measures, and to ensure the effectiveness of measures already decided.

This work will be completed in time for the budget session in partnership with various government departments and stakeholders.

The Ministry of Finance proposes a draft budget with appropriations totalling EUR 63.2 billion.

The level of appropriations is lower than last year, particularly due to lower expenditure related to the COVID-19 epidemic. Epidemic-related appropriations for 2022 will still be some EUR 0.4 billion, including the repercussions of supplementary budgets in 2020. Factors increasing the level of appropriations, on the other hand, include statutory and contractual index increases, and implementation costs arising from the reform of social services, health care and regional government.

The draft budget of the Ministry of Finance for 2022 involves a deficit of EUR 6.7 billion. Including supplementary budgets, the 2021 deficit amounts to EUR 14.4 billion. The 2022 deficit reflects significant non-recurrent expenditures, including the purchase of fighter jets, preparation for the ICT costs of social and health care reform, and financing of future agreed Government investments.

Besides the lower level of appropriations, the deficit reduction will depend on increased tax revenues boosted by the economic recovery.

Central government debt will rise to an estimated EUR 146 billion next year.

A summary review of child budgeting will be included in the draft budget for the first time. In addition to a section describing appropriations for the child age group in various branches of public administration, the package includes a review of taxation.

The Ministry of Finance proposal largely reflects the plan of public finances that the Government decided at the mid-term and spending limits session in spring 2021.

Work-related immigration will boost the supply of labour and support growth in employment. The aim is to allocate funds from the Finnish sustainable growth programme to finance digital infrastructure that supports promotion of the work-related immigration permit process, and to increase funding for maintaining the Finnish Immigration Service UMA case handling system. The budget of the Service will be increased by EUR 3.5 million compared to the spring framework decision in order to reinforce decision-making and permit application processing. This increase will help to boost work-related immigration and managed downsizing of Service staffing from the exceptionally high level that followed the 2016 wave of immigration. To establish a Work in Finland structure for promoting labour immigration, a total of EUR 2.725 million will be allocated to the operating expenses of Employment and Economic Development Offices and Business Finland, and to developing digitalisation. The aim is to create a permanent structure for promoting labour immigration that currently relies on largely fragmented, temporary and project-funded arrangements.

Based on a contribution from the Finnish Innovation Fund Sitra, EUR 67 million will be allocated to capitalise universities in 2022. The capitalisation will be implemented on the basis of university fundraising.

A family leave reform is due to take effect on 1 August 2022. Additional costs in the year of entry into force will mainly arise from increased daily allowances paid to fathers, for which the central government transfer will be about EUR 1 million. Additional central government costs in 2023 are forecast at just under EUR 8 million, and approximately EUR 9 million in subsequent years. The reform will increase public expenditure by a total of about EUR 80 million annually. The entry into force and implementation of the amendments will cause changes in Social Insurance Institution information systems. It is estimated that the reform will give rise to non-recurrent costs of some EUR 9 million in 2020–2022.

Reinforcement of pupil and student welfare services in basic and secondary education will be continued. Funding for services will be increased to EUR 20 million in 2022.

Additional vocational training funds of EUR 70 million for 2022 will be allocated for recruiting teachers and instructors as part of Government future investment. EUR 5 million will be allocated to a trial related to the reform of apprenticeship training allowances. A total of EUR 43 million will be set aside in 2022 for training new practical nurses in accordance with a previous decision in order to respond to the change in caregiver dimensioning.

Some EUR 47 million has been set aside for launching welfare areas and the HUS Joint Authority in 2022, together with approximately EUR 175 million for the ICT modification costs of welfare areas. Appropriations will also be allocated to regional elections and smaller-scale modification costs, including the operating costs of various government departments and agencies.

The publicly regulated service of the European Galileo satellite positioning system is intended to provide an electronically and operationally secure, continuous location and time information service for EU Member States. The users of the PRS service are public authorities and operators critical to security of supply. EUR 6.3 million will be allocated for financing the investment phase of the service in 2022.

EUR 87 million will be set aside in new support for electrifying energy-intensive industries. Support for electrification encourages carbon-neutral production and safeguards the cost-competitiveness of industry.

Increased budget funding will compensate for falling beneficiary income from gaming operations, assisted by a continuing reduction of lottery tax, and by additional recognition of revenue from the retained earnings fund falling within the purview of the Ministry of Social Affairs and Health. The compensation (totalling EUR 330 million) will cover just over 80 per cent of the decline in revenues from the Veikkaus gaming monopoly, meaning a decrease of about 8 per cent in financing of beneficiaries.

The draft budget of the Ministry of Finance allocates just over EUR 1.5 billion to the purchase of fighter jets, which is slightly more than in the budget for the current year. The appropriation is based on an order authorisation authorised by Parliament in the 2021 budget. The Government will take the fighter jet procurement decision in November-December 2021.

Finland’s sustainable growth programme is part of the Government budget proposal for next year. The budget proposal for 2022 will include a total of more than EUR 1 billion in appropriations and authorisations for the national sustainable growth programme. Uses of the appropriations will include investments promoting the green transition, RDI work and promotion of employment.

Central government revenue is estimated at EUR 56.5 billion in 2022, of which tax revenues will account for EUR 47.8 billion. The revenue estimate is based on a forecast made in June. Tax revenues are expected to grow by some 6.2 per cent compared to the budgeted figure for 2021. The increase in tax revenues will be attributable in part to eased tax payment arrangements, leading to a transfer of some tax revenue from 2020 to 2021.

An index adjustment will be made to taxation of earned income to ensure that that no increase in taxation occurs due to an increased general earnings level or inflation.

Tobacco tax will be increased in 2022 in accordance with the Government Programme. Reductions in tax relief for paraffinic diesel and the tax rebate for energy-intensive businesses will continue in 2022, as previously decided.

The consolidation of tax bases will be continued by reducing the right to deduct interest on housing loans, as previously decided.

The proposal of the Ministry of Finance promotes sustainable development by reducing the taxable value of low-emission company cars (by EUR 85 per month) and revising the taxable values of hybrid vehicles. Heat pumps and data centres that generate heat for a district heating network will also be reassigned to electricity tax class II, as will the recycling industry.

The limit for tax-exempt use of peat fuel will be increased to 10,000 megawatt hours. This change will apply to all installations. A floor price mechanism will also be enacted for peat.

Halving of fairway dues will continue. Restrictions on interest rate reductions will be eliminated for public infrastructure projects.

The 2021 Government budget session will decide a tax solution of EUR 100-150 million to buttress general government finances. Tax modifications will also be decided to promote investment and strengthen competitiveness.

The Government published a sustainability roadmap for its spring mid-term review, bringing together the current state of social, economic and ecological sustainability and Government objectives. This roadmap to economic sustainability sets the goal of halting growth of the debt ratio in general government finances in the mid-2020s, boosting the employment rate to 75 per cent by the middle of the decade, and applying government employment measures to increase the number of people in work by 80,000 before the end of the decade. These objectives will be pursued through measures to increase employment and reduce unemployment, by reinforcing the conditions for economic growth, by boosting the productivity and cost-effectiveness of public administration, and by implementing the reform of social services, health care and regional government.

The roadmap to economic sustainability seeks to reinforce the sustainability of general government finances and ensure the future of welfare services. The structural challenges of the Finnish economy arise from such aspects as ageing of the population and weaker growth prospects in the longer term.

An emergency conditions mechanism included in the spending limits rule under the Government Programme will remain available in 2022, allowing an annual EUR 500 million for non-recurrent expenditure. Direct health security costs related to COVID-19 (such as expenditure on testing and vaccination) will be covered as expenditure outside of spending limits in each of the years 2021–2023.

Budget preparations to continue during the autumn

Steps in preparing the 2022 budget proposal: