“Wolves that pose a threat” should be defined more precisely 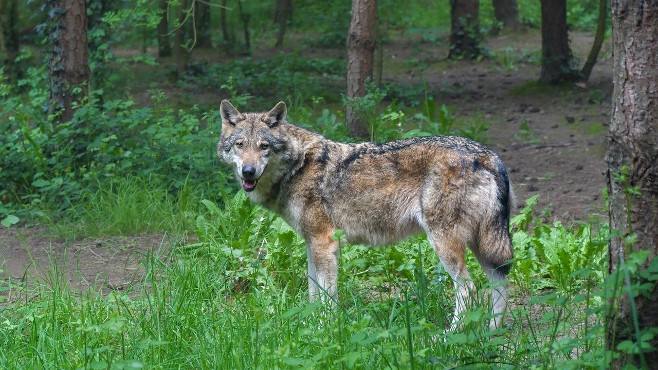 The working group preparing the Management Plan for the Wolf Population felt that the definition of “wolves that pose a threat” should be made more precise, particularly when it comes to the available data on sightings. Further research data is needed on the behaviour of wolves in more densely populated areas.

In line with the current Management Plan, wolf track sightings or other sightings in the TASSU system made less than 100 metres from an inhabited building or livestock production facility can be used as a justification when assessing whether a wolf poses a threat. Cases where a wolf is considered a clear threat requiring action include those where the wolf does not avoid or fear humans or those when a wolf is moving in daytime hours through the built environment or in populated areas.

The working group considered it important to continue to develop tools that can be used to assess when a wolf poses a threat so that the necessary measures can be targeted more effectively. Some of the wolf sightings made around inhabited buildings or livestock production facilities do not require immediate attention from the authorities, although the fact that they have occurred within 100 metres of an inhabited building means they are considered “sightings in the vicinity of a home”. Such instances may simply be cases of wolves’ natural movement from one place to another.

Based on data gained by monitoring wolves, the average wolf territory is 1,200 square kilometres. The data also shows that the area where wolves move around includes a variety of landscapes and, without exception, human settlements. It is possible that the wolves in western Finland, with its higher population density, are more accustomed to moving near humans than those in eastern Finland.

More wolf sightings are made in wolf territory areas with higher population densities. There are more sightings in these areas because there are more people around to make them. For example, if a wolf moves along a village road during the night, dozens of wolf track sightings near an inhabited area can be reported the next day, even though there was only one wolf in the area.

With this in mind, the working group felt that special attention should be paid to analysing the sighting data and communicating about it carefully. Collaring of wolves in western Finland was also considered important, as the data gained from collared wolves combined with other observation data would provide more information on the movement of wolves in more densely populated areas than eastern Finland.

The working group emphasised that work on the population management plan must include support for local people living in areas with wolves in order to improve the coexistence of humans and wolves. Disseminating comprehensive information about wolves is particularly important in these areas. At its next meeting, the working group will discuss derogations and hunting of wolves for population management purposes.