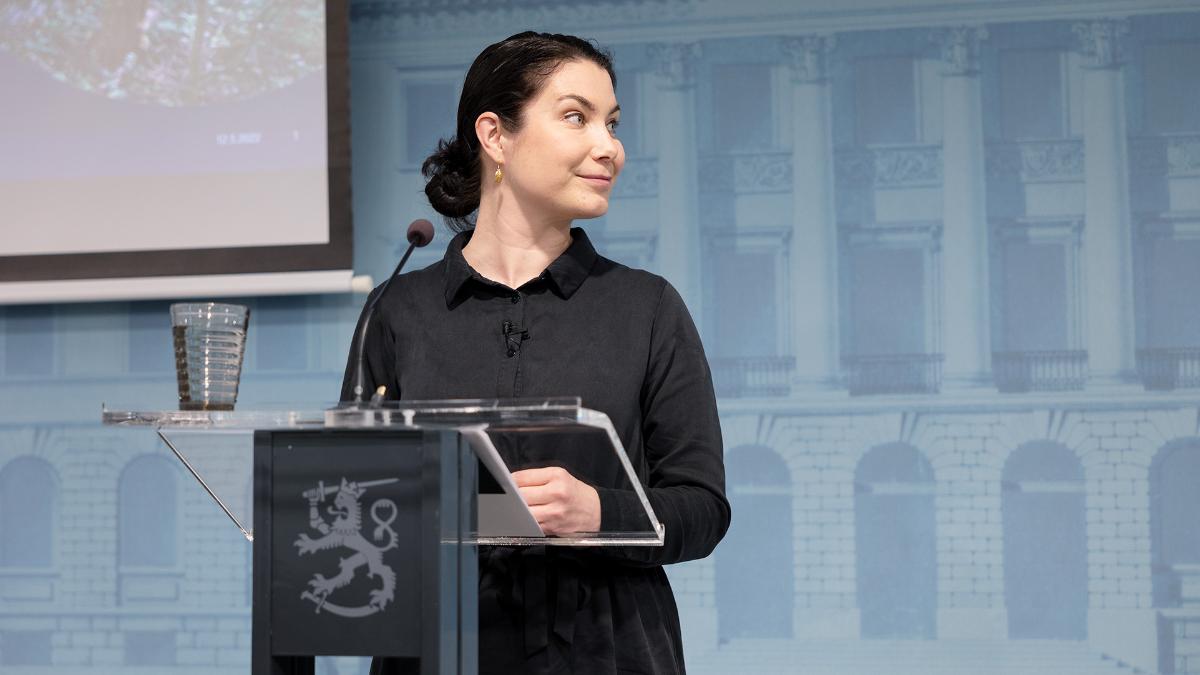 At its session today, the Government approved the proposal for the new Nature Conservation Act, which will now be submitted to Parliament. The new legislative proposal is based on the present Nature Conservation Act, which has been updated and new provisions and entirely new chapters are also proposed to be included in the Act. These include provisions on voluntary ecological compensation, threatened habitats, management of data on the natural environment, and national biodiversity strategy and action programme. Climate change adaptation is also included in the objectives of the Act.

The present Nature Conservation Act entered into force in 1997. The Act has stood the test of time quite well, but it has also been amended on several occasions. The functioning and impact of the Act must be strengthened, and several elements need to be updated and the Act as a whole needs to be clarified. We have a lot of new information on threatened habitats and species and the state of Finnish nature and a better understanding of the impact of climate change on biodiversity, and other legislation, steering instruments and administration have also changed during the time when the present Nature Conservation Act has been in force.

The Act also aims to promote the environmental awareness of individual citizens and private and public actors to protect biodiversity.

Ore exploration will be prohibited in national parks and nature parks and the conditions for these operations in other state-owned protected areas will be tightened. The restrictions on ore exploration have been coordinated with the process to reform the Mining Act.

Voluntary ecological compensation will be included as a new element into the Act. This provides a way to compensate for the degradation of the natural environment caused by economic activities.

Ecological compensation is a financial steering instrument by which, in accordance with the polluters pay principle, the costs of harm to biodiversity can be included in the implementation costs of the project. Landowners may also produce nature values and receive certification for this from the authorities. The nature values that have been produced can be sold to companies that wish to compensate for the harm to nature caused by their operations. The party causing the degradation can receive certification that the compensation for the degradation was in order, i.e. the party must be able to demonstrate responsibility in a transparent way towards both the civil society and e.g. investors and financers.

The new Nature Conservation Act aims to promote the participation of citizens in decision-making concerning their own living environment. Besides strengthening the overall environmental awareness, interaction and dialogue in the planning of nature conservation will be increased.

The Act will also strengthen the possibilities to provide economic support for conservation and create a statutory framework for voluntary conservation programmes such as the Helmi Habitats Programme and Forest Biodiversity Programme for Southern Finland Metso. The acceptability of nature conservation will be promoted by clarifying and partly expanding the regulation concerning compensations. The rights of landowners will be ensured through the current compensation system that is based on the principle of full compensation.

The Act also promotes the rights of the Sámi people by taking their rights as an indigenous people into account in the implementation of the Nature Conservation Act more strongly than before. The proposal includes a prohibition on weakening the traditional Sámi livelihoods and culture.

The proposal for the new Nature Conservation Act was prepared in a project launched by the Ministry of the Environment in the beginning of 2020. The project group and the steering group were composed of representatives of different ministries, authorities, research organisations, NGOs and interest groups. To strengthen the scientific background of the reform, the Ministry of the Environment together with the Science Advice Initiative of Finland Sofi put together a group of scientists that was tasked with creating a comprehensive picture of the impacts of the legislative reform.

The aim is that the new Nature Conservation Act would enter into force in summer 2023.

The Programme of Prime Minister Sanna Marin’s Government sets the objective of halting the decline in biodiversity in Finland and achieving the objectives of the UN Convention on Biological Diversity. In accordance with the Government Programme, the nature conservation legislation is now being reformed on the basis of an assessment. The Nature Conservation Act is one of the key instruments in the efforts to safeguard the biodiversity of Finnish natural environment.