Amendments to clarify the Nationality Act submitted to Parliament 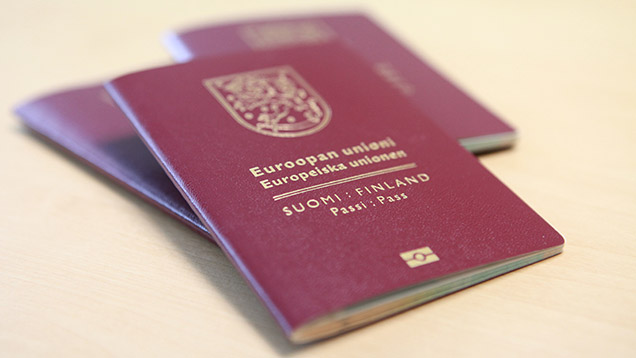 On 28 April, the Government submitted to Parliament a proposal to amend the Nationality Act. The aim of the proposed amendments is to update and clarify the Act.

Provisions would be made clearer for both the subject of the provisions and the party applying them. The changes would not affect the conditions under which Finnish citizenship can be acquired or lost.

The government proposal is based on a preliminary study carried out in 2020 and the comments received on it. From time to time, it is necessary to assess the functioning of legislation and its relationship with the development of general legislation and case law. This will ensure high quality and up-to-date regulation and prevent problems with interpretation.

The definitions of a child and a stateless person contained in the Nationality Act would be updated to correspond to the definitions in international treaties binding on Finland. Thus, a person under 18 years of age would always be regarded as a child, and getting married as a minor would not have an effect on this. Stateless persons would no longer be divided into voluntarily stateless and involuntarily stateless.

The acquisition of citizenship for a child would be reformed so that children born to a Finnish parent would always acquire Finnish citizenship directly by law. A child adopted by a Finnish citizen would also always acquire citizenship directly by law. Currently, the acquisition of citizenship for a child requires a declaration to the Finnish Immigration Service in some situations. The amendment would clarify the situation and also streamline the work of the Finnish Immigration Service.

Specifications to proof of residence period and language skills

The starting point for acquiring citizenship is that the applicant resides in Finland. The calculation of the required period of residence would be clarified, for example by laying down simpler provisions on permitted journeys abroad during the period of residence. All in all, the stay abroad could last as long as today. However, it would be easier for a person applying for citizenship to assess themselves when the residence period requirement is met. The general residence period requirement continues to be five years.

The provisions on the demonstration of language proficiency would be specified, for example so that vocational qualifications completed in Åland would also be taken into account. Authorised translators of Finnish or Swedish and registered legal interpreters would also be considered to have the necessary language skills.

In addition, more technical amendments would be made to the Act due to amendments to general legislation, for example.

The intention is that the amendments would enter into force at the beginning of 2023.

Ministry of Economic Affairs and Employment Ministry of the Interior
Pressmeddelande 8.7.2022 10.40